3D laser scanning is a quick and accurate technique which produces a vast amount of accurate setting out data in a short time. The scanner emits a laser which is capable of taking over one hundred thousand 3D measurements per second.

This creates a 3D point cloud containing millions of points in free space which is then used to generate a solid CAD model of the existing arrangement incorporating all services, steelwork, buildings, etc.

This example show parts of scans performed along with 3D model generated from point cloud data. From the existing model, proposed routings and modifications were developed and final installation general arrangement drawings were generated. 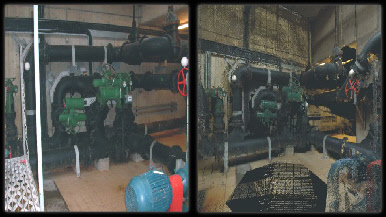 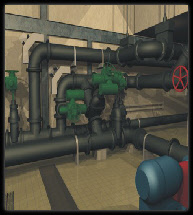 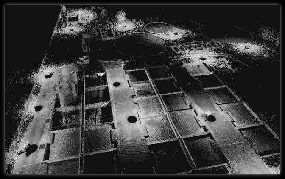 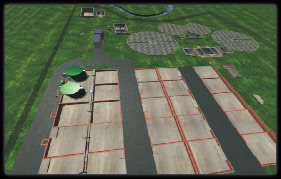 A small treatment works site measuring approximately 120m x 100m. The whole site was scanned in detail and a 3D model generated from the point cloud which was developed to incorporate the proposed works.